Well, the news has got around Wellington and the surrounding areas and beyond. Absolutely delighted with the responses we are getting!! Musical lovers and animal lovers alike are embracing this evening because it is for such a worthy cause! A lot of support for the Charity Animals Asia and the work they do for the bears in SE Asia.

Bears must be one of the most persecuted species on the planet. They are used as bait for dogs, for their bile and other parts of their bodies which are trafficked across the world, chained up and caged for tourist attractions, made to perform in circuses, kept in small enclosures in zoos, targeted by vile trophy hunters and the list goes on. It’s hard to believe that humans can inflict so much cruelty on these animals in the 21st century……

Animals Asia has the opportunity to turn a bear bile farm into a bear sanctuary in China. The rescue of 130 bears is the largest ever rescue of bears and will challenge the charity in the weeks and months to come. But they have an extraordinary team of people who are rising to this challenge and making it a reality. 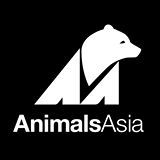 Offers of donations and sponsorships are being pledged and these are the ones we have officially received so far:

We received a lovely message from Peter Egan who is the UK Ambassador for Animals Asia:

“Fantastic of you to dedicate this exciting recital to Animalsasia.org I wish I could be with you but I am filming Downton Abbey. Delighted and chuffed UK Ambassador. (-:)

Meanwhile, we need to mention the star of the Recital Evening, Roger Woodward. Roger has so generously offered to do this evening as he believes the plight of the Moon Bears and other bears in SE Asia is such a worthy cause. He is flying in from Australia at the end of July, has a BBC Radio interview and then next stop Wellington, Somerset.